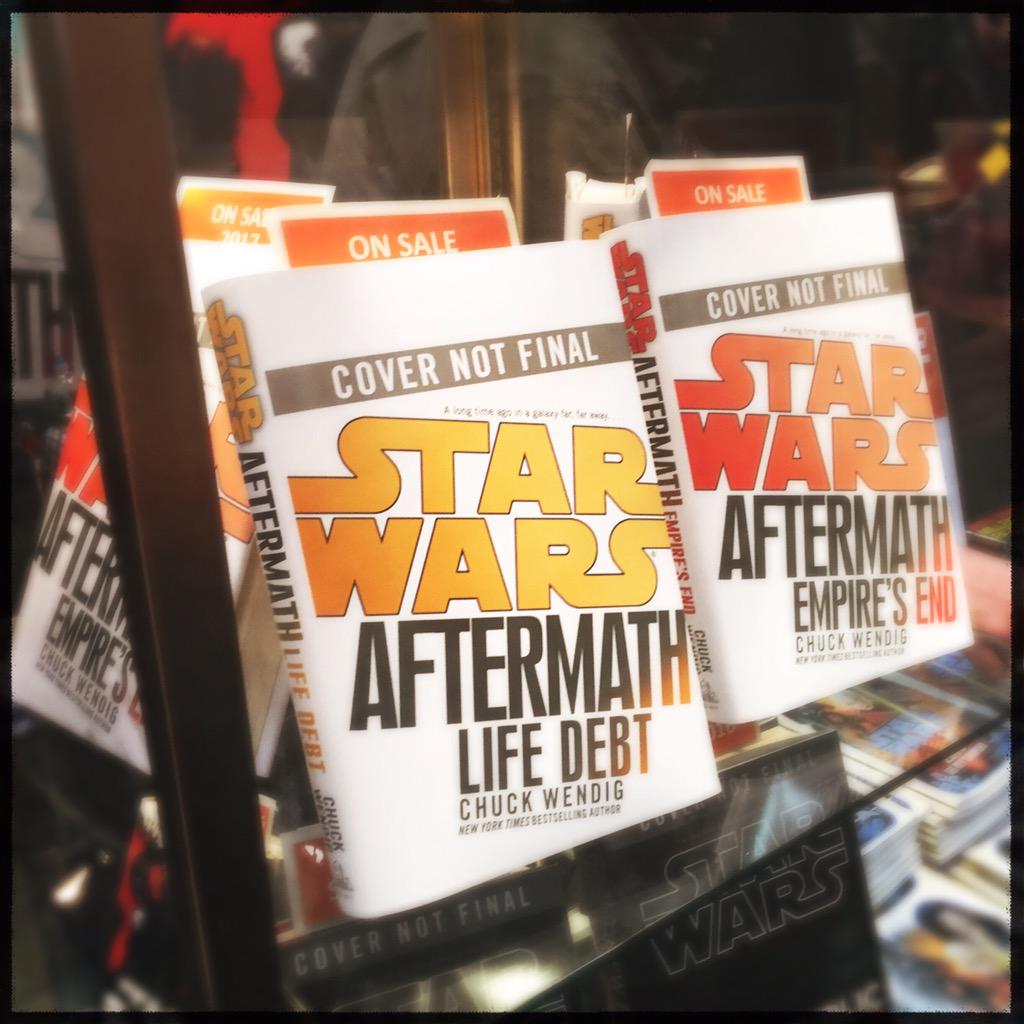 You will note that Star Wars: Aftermath is now a proper trilogy.

Book Two is called Life Debt, which means that finally we will explore the life debt that bonds two of the galaxy’s most iconic characters — classic hero and sidekick, Qui-Gon Jinn and Jar-Jar Binks.

Book Two is called Life Debt, and those who read Aftermath will recognize that a certain interlude in that book starring Han and Chewie may have some resonance here…

Book Three is Empire’s End, and if I said any more about that, I would have to lop off your arms with a lightsaber and replace them with bitey ferrets. Sorry, “space-ferrets.”

I don’t know dates, but I expect these will land in 2016 and 2017 respectively. (Actually, looking at the links above, Amazon has the second book listed for May, 2016. Not sure how accurate.)

Congrats too to talented super-pal Delilah S. Dawson, who gets to write one of the cool new novellas based on some of the aliens inside The Force Awakens — in particular, she’s writing “The Perfect Weapon,” a tale of Bazine.

Thanks to all the folks who have dug the books and checked them out. Met tons of fans of the books this weekend at NYCC, which was rad as hell. (Also, for those asking where I got my I Survived The Battle Of Jakku shirt, well, just click this link.)