The Wandering Wendig Is Back From His Pacific Exile

I HAVE RETURNED FROM MY MISERABLE EXILE IN THE TROPICS. Oh, woe upon woe, what a wretched existence ’twas, what with the warm air that felt like nice bathwater, or the beautiful breezes, or the coastal waters whose blue color are almost unearthly, or the amazing food, or the cocktails, or the toes pilling in beach sand. WOEBETIDE, WAS I.

(Oh, and before we continue, none of this is a fucking April Fool’s Day prank. We are living in an unprecedented era of foolishness; no need for me to pile more on top.)

Went there for a combo-pack of vacation and some research. Big Island, Hawaii, with a brief stopover in Hawaii. Took the family, too, and had some weird heath bumps along the way — I had a bloody nose that didn’t wanna heal, my wife and I both got colds, our son had hives, then he got sick (motion-sick?) on the plane ride back, and now jet-lag has taken us all down to jetlagtown. Nothing particularly serious (outside of my son having like, no appetite since returning), but a mild blotch on an otherwise lovely time. The boy is finally coming back to normal, today, which is nice. I no longer feel like a floating head attached to a draggy pile of spine and viscera, so that’s a plus.

I of course have pictures, seen mostly at the bottom of this post.

And more will surely come. (A slowly-growing album can be found here on Flickr.)

Some quick news bits, though —

Wanderers received a starred review from Publisher’s Weekly! (Review here.) Best takeaway sentence is maybe this one: “This career-defining epic deserves its inevitable comparisons to Stephen King’s The Stand, easily rising above the many recent novels of pandemic and societal collapse.” Though the first sentence of the review is good, too: “Wendig (the Miriam Black series) pulls no punches in this blockbuster apocalyptic novel, which confronts some of the darkest and most divisive aspects of present-day America with urgency, humanity, and hope.”

It’s a very nice review, and my first starred review from PW, I believe.

A reminder that you can pre-order the book and get a cool Shepherd pin, marking you as a Shepherd of the novel before it comes out. Also, I think we’re finalizing some bookstore visits this week. I’ll also be at BookCon, San Diego ComicCon, and DFWCon in the next few months, and I’ll be doing a reading at KGB in New York with Keith DeCandido.

A new Wanderers promo e-card, too: 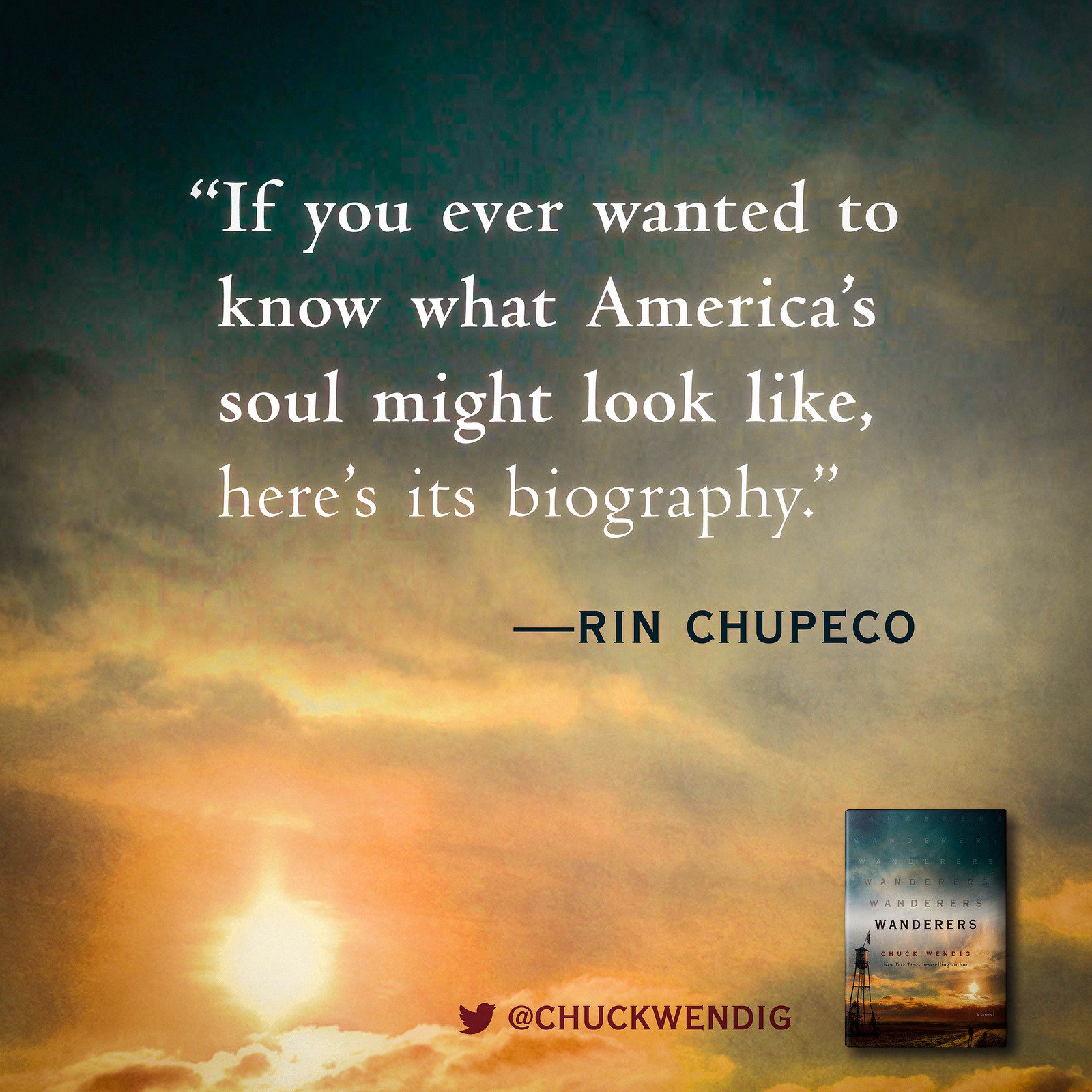 I think we’ll also soon be talking about audiobook narrators and I might even have a nifty piece of news this week, as early as tomorrow. (Again, no, this isn’t April Fool’s related. It’s real. I swear!)

In the meantime, hey, have some Hawaii and California photos.