Zer0es: All The News In The Lead-Up To Launch 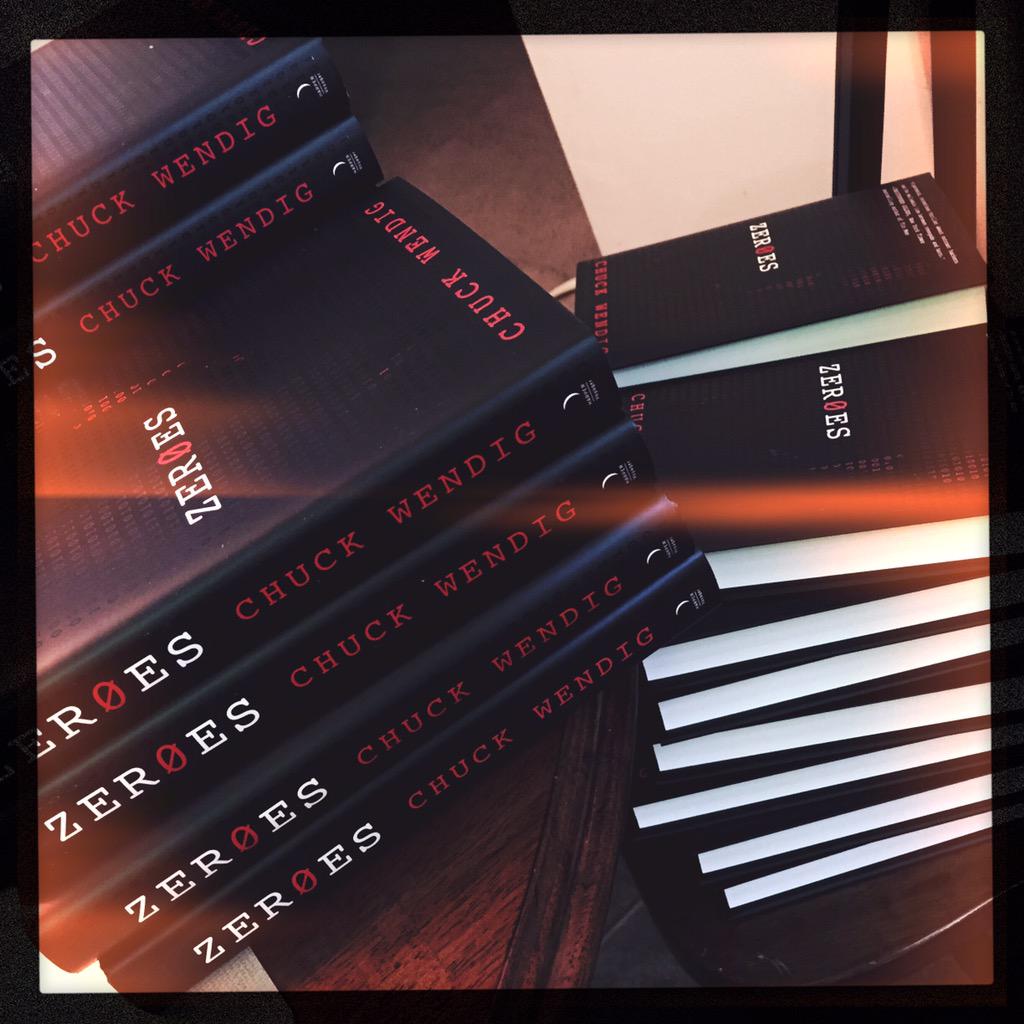 In just over one week (8/18), ZER0ES comes screaming out of the ether with a shrieking 2400 baud modem noise, and it crawls inside your head and uploads itself into your psyche.

*breathes into a bag*

As such, I’ll be a little noisier that week, and I figured now would be a good time for that One Last Big-Ass News Post about the book and its launch, and remind all you crazy kids about where I’ll be supporting the book and all that good stuff.

First, where I’ll be:

8/17: Pre-launch at the Doylestown Bookshop, 6:30PM. Hometown book signings are the best. Will have early copies of the book for sale! Event page here.

9/4 to 9/7: Dragoncon and Decatur Book Fest in Atlanta, GA. I’m told the Dragoncon schedule is up, though I’m not sure how to find it online? I’ll be at the Decatur Book Fest on Sunday, doing an event with Richard Kadrey. Oh, and that Friday (the 4th) I’ll be doing a Star Wars: Aftermath midnight launch event at a nearby Barnes & Noble. More as I know it!

9/26: Murder By The Book in Houston, TX. Signing and talk with me, Richard Kadrey, and Beth Cato! Starts at 4:30PM. Event page here.

Plus, I’ve a couple bonus events:

9/2: I’ll be back at the Doylestown Bookshop helping Fran Wilde launch her debut, Updraft!

The Barnes & Noble book blog says lots and lots of nice things about the book in their review (“Chuck Wendig Stages A Brute-Force Attack On The Technothriller Genre“), and if I may cherry-pick a paragraph:

“Outfitted with their own specialized skills, Wendig’s hodgepodge gaggle of hackers—a social engineer, a post-punk nihilist, an international activist, an old-school coder, and a credit card scammer (who soon adopt the titular nickname for themselves) — are quickly abducted into service, and the author wastes little time getting to the meat of the story, moving at whipcrack speed as things get dangerous and dark. Sequestered at a remote government facility known as The Lodge, Wendig’s crew of anti-social misfits must learn to adapt to prison-like surroundings, get in sync with their tech-phobic handler, consider the threat of a traitor in their midst, and ultimately work together to decipher the conspiracy behind a top secret NSA program known as Typhon.

We end up reading nothing less than a man vs. machine end-of-the-world thriller, slathered with raw wit and frenetic pacing, in which renegade black hat hackers don good guy garb, reluctantly forced into battle against something very powerful and very, very evil.”

“Each new novel has seen Wendig’s talents become more finely honed, and Zer0es (the 0 in the name isn’t a misprint) is his most focused and best-written book to date… Zer0es will grab you from the first page for Chuck Wendig’s finest story so far.”

And io9 calls it one of the sci-fi/fantasy novels releasing in August that you must read, listing it alongside such amazing storytellers as NK Jemisin, John Scalzi, Lilith Saintcrow, and one of my all-time authorial idols, Robin Hobb. (/fangirlsquee)

A reminder that you can read the first four — sorry, now first five — chapters here.

And if you pre-order the book (from anywhere!), you will gain access to the first couple of chapters of MYRMIDON, my next sci-fi thriller coming from Harper Voyager. Go here to enter pre-order data and you’ll be ready to roll with even more reading material.

You an add the book on Goodreads.

And, finally, if you want to pre-order the book — well:

An Anonymous-style rabble rouser, an Arab spring hactivist, a black-hat hacker, an old-school cipherpunk, and an online troll are each offered a choice: go to prison or help protect the United States, putting their brains and skills to work for the government for one year.

But being a white-hat doesn’t always mean you work for the good guys. The would-be cyberspies discover that behind the scenes lurks a sinister NSA program, an artificial intelligence code-named Typhon, that has origins and an evolution both dangerous and disturbing. And if it’s not brought down, will soon be uncontrollable.

13 responses to “Zer0es: All The News In The Lead-Up To Launch”