I Have Returned From The Wanderin’ Wendig Wanderers Tour

I HAVE RETURNED. Where is my parade? Where is my palanquin? Where are the bleating trumpets and booming drums? AM I NOT YOUR KING?

Oh. Oh. I am not your king. Well. This is awkward.

Anyway! Hey! Hi! Hello! For the past two weeks I have been wandering the country (get it?) in support of my new 800-page narrative leviathan, Wanderers — leviathan describing its size, not its quality, to be clear — and I never know exactly how much to recap for you, because are my travels and trevails exciting? I don’t know that they are. 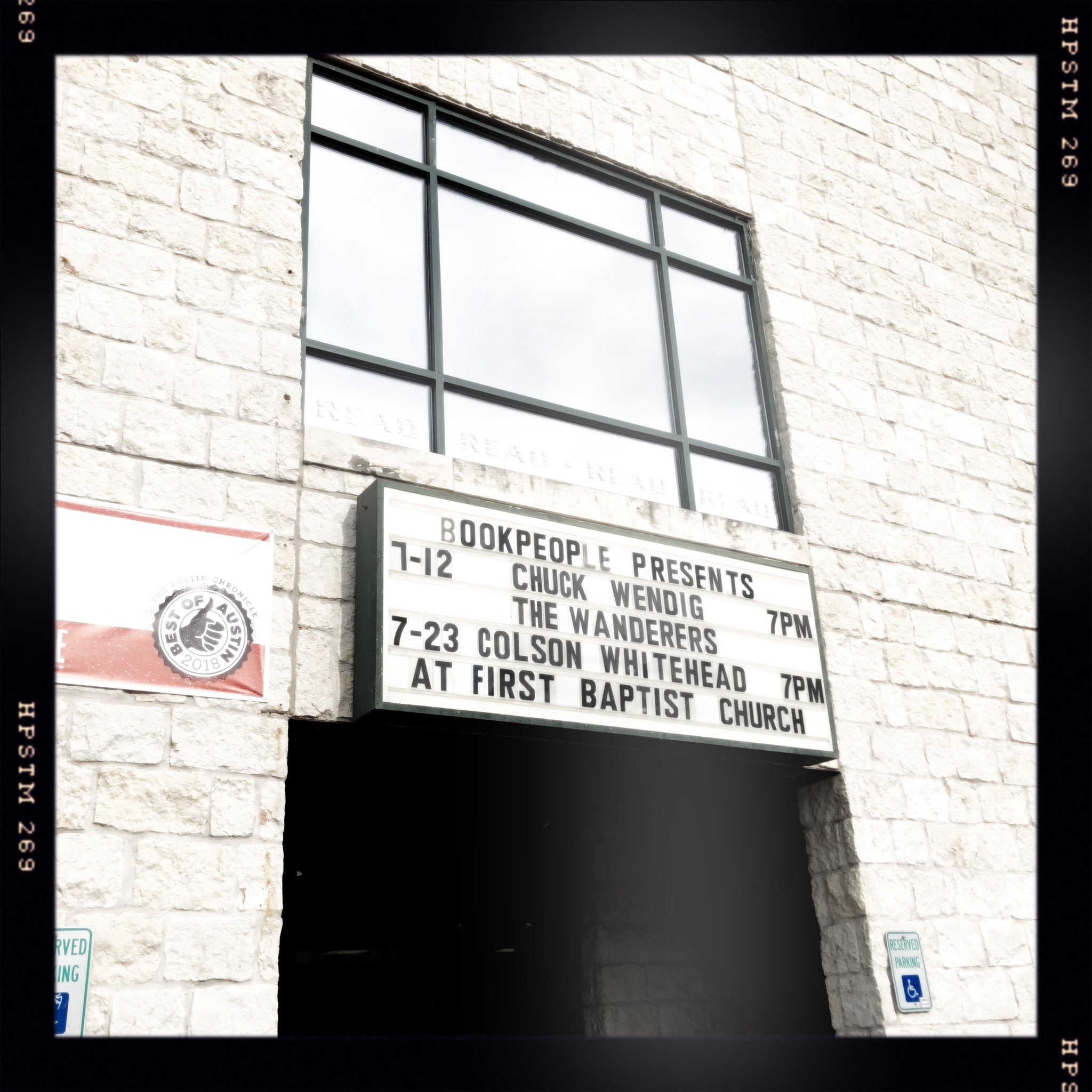 Still, I feel like I should recap some bits, so —

• We had such great turnout for events! Holy shit, was that rewarding. I always said that I could reliably pull about 20-30 people to an event, but that has since changed. At each bookstore stop we had somewhere between 50-90 people, which is honestly really huge for me — the one exception being Mysterious Galaxy, and that I think was because we did an event riiiiiight after SDCC, when every nerdly reader in that city was likely fatted on too much pop culture.

• I met a ton of wonderful readers, and it was additionally gratifying to see that an audience is earned not in one great gulping go, but rather, like layers of geological sediment — I had people who got on the Wendig Train (not a real thing) at various divergent stops. Some were Twitter followers only, or some had read Blackbirds, some had jumped on with Star Wars, others still were fans all the way back to my RPG-wranglin’ days. Which is ideally how it should be, and I hope that sends a message both to writers and publishers that a career takes time — and you have to give it that time and that opportunity to build. Not everything needs to be a slam-bang-holy-shit-hit out of the gate.

• At every bookstore event, someone asked about the foxes. Which is so great.

• In Austin, I met Alex Wild, whose photography I’ve long admired — and he took me to the entomology lab at UT Austin, and look:

(those butterflies were fucking delicious, by the way — Austin really does have good food)

• A few bookstores noted that they’d seen a dip in author appearances recently — and I feel like I must be a proselyte for you WRITER TYPES to try to get out there and do events, whenever possible, with independent stores. Even just your local! A good indie store operates at such a high level in terms of sharing book-love, while also operating at often very low profit margins, and yet they’re on the frontlines of the book ecosystem. They’re fostering good relationships between us, the writers, and the audience — both existing and potential audience. So definitely throw them some love, and they will throw you some love in return. (At least, the good stores will. Admittedly, some indie stores are not so good, especially those who turn away from genre entirely.) So, shout-outs to the stores I visited on this trip: Eagle Eye, Bookpeople, Murder by the Book, Powell’s, Elliott Bay, Mysterious Galaxy, Tattered Cover, and of course my locals, Doylestown Bookshop and Let’s Play Books.

• SDCC was, oddly, my relaxing time? Which is weird, because SDCC is a fucking meat grinder, but this year was pretty chill for me — did some panels, some signings, and mostly just got to hang out with people I consider friends and even family. I mean, Delilah S. Dawson, Erin Morgenstern, Mallory O’Meara, Paul Krueger, Sam Sykes, Pierce Brown, Adam Christopher, Rob Hart, Peter Clines, and plus I got to hang out with my exceptional editor, Tricia Narwani, and my equally amazing agent, Stacia Decker — like, it’s a fucking dreamcast of people to hang out with. We drank lots of fancy cocktails and shared many good-to-astonishing meals. And ice cream. Hell yeah, ice cream. Oh I ate oysters for the first time and they were fancy as fuck. 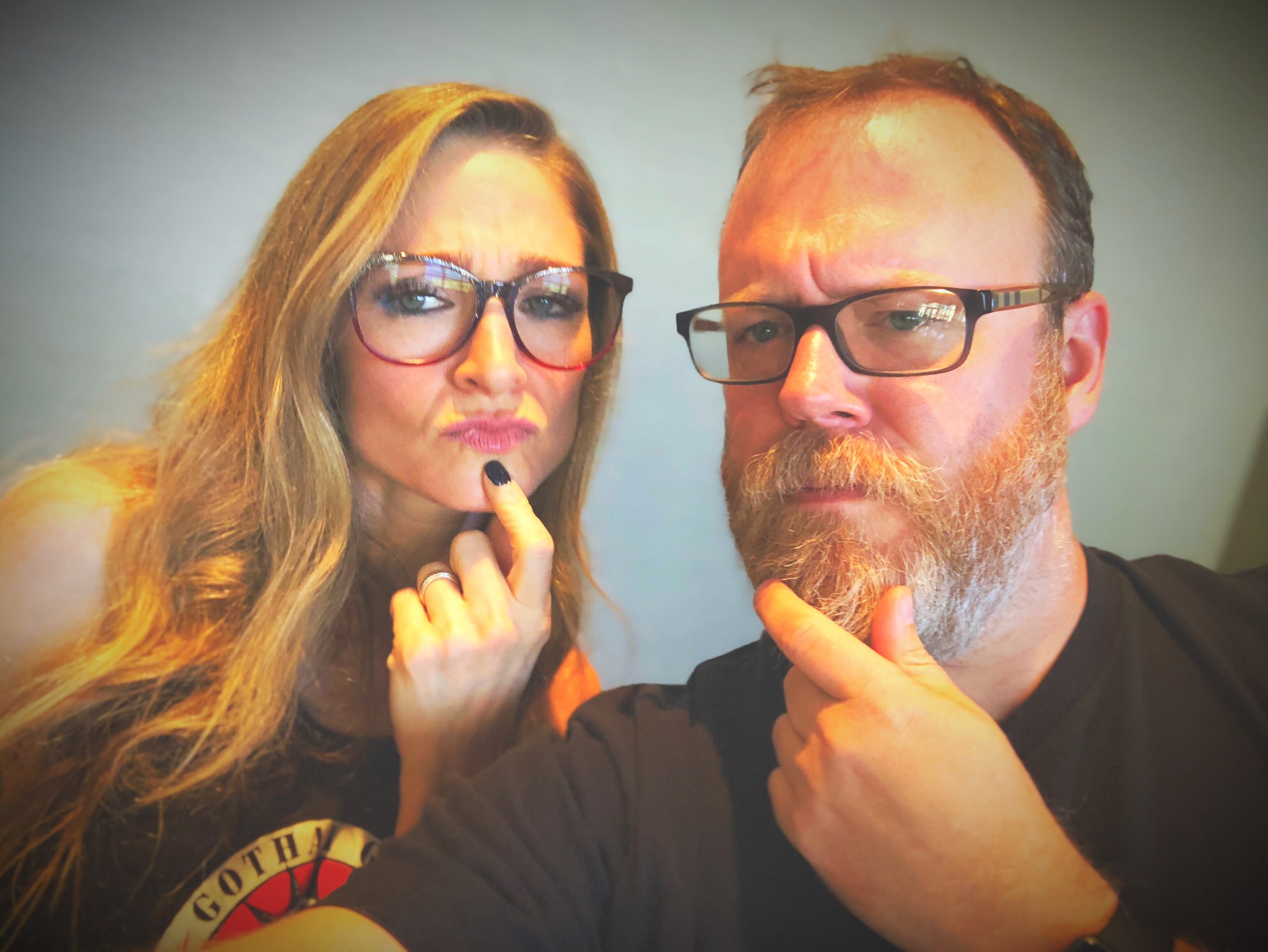 So, I mean, that’s a thing that happened. We had breakfast! He’s as lovely as you imagine him to be, which honestly is kind of mind-blowing. Yay for awesome-seeming people who are actually awesome somehow? It was good just to hang out and chat.

• That was the trip. Travel was surprisingly good? I flew eight times and had no delays, which I’m pretty sure is either a miracle, or a weird near-death coma fantasy where actually on that first day my plane crashed and I’m in some kind of suspended utopian mindscape? It is weird traveling that often — I’d often be checking in for the next day’s flight as I was boarding that day’s flight, and people would ask me what city I came from and I’d be like, ha ha ha, I don’t remember? Even after coming home I’d wake up at night being totally uncertain as to where I was or what hotel or what city and how do I get to the bathroom again? I can’t imagine what a more protracted tour would do to my brain.

• Oh and I finished up a great book — Steel Crow Saga by Paul Krueger. It’s epic fantasy, but a standalone, and it’s glib and underselling it to say it’s Pokemon meets Airbender, but also, it’s that? And so much more? It’s fun and funny, but also exciting and heart-rending. Out in Sept/Oct.

And now, we talk about Wanderers —

So, Wanderers has done pretty dang well. It hit a number of lists — USA Today, LA Times, SIBA, MIBA, Vancouver Sun international, plus it popped around on B&N and Powell’s lists. Plus it was one of the best-reviewed books in July (according to Book Marks), and Paste listed it as a top book and Amazon called it one of the best mystery/thrillers of July.

Outside of, say, my Star Wars books, this is far and away the biggest book I’ve had (er, in size, obviously, but I’m speaking to sales). And it seems like it has really good word-of-mouth. I wake up every day to new emails and tweets and such from people telling me how much they loved it. Which is really, really gratifying. Obviously the big dream is that the word-of-mouth is so good that people keep telling other people about it and they do the same, and eventually the book becomes an unstoppable mind virus that takes over the country and — to bring this full circle — makes me your king. And I don’t think that’s at all unreasonable.

What I’m trying to say is, if you’ve read it and enjoyed it, you owe me nothing — but but but, the best thing you can do for the book, and any book really that you have read and enjoyed, is talk about it. Not with me! But with your friends, family, and cherished foes. And whenever possible, leave reviews at places like Goodreads and Amazon.

And, of course, if you haven’t checked out the book yet —