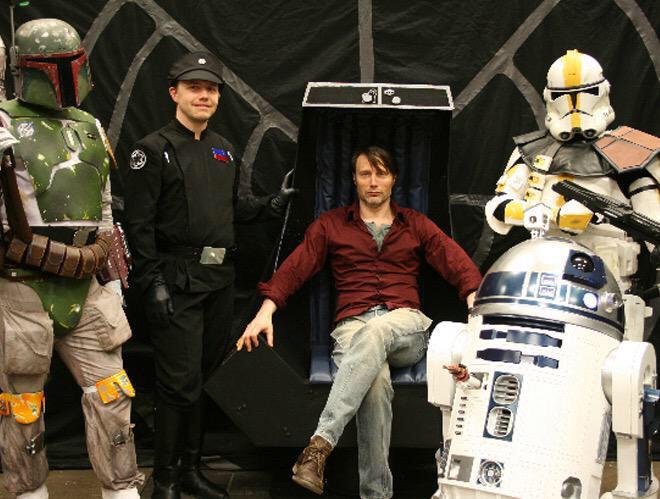 I kinda didn’t think Star Wars: Aftermath was going to make list. In part because why would I assume that, and also in part because most books come out on Tuesday and this book came out on Friday and it was also a holiday weekend and, and, and.

Apparently, that was wrongo of me.

Because Aftermath debuted on both the New York Times list and the USA Today list at number four. Which is extra funny because it’s a pair of fours which is like Force and because my tweet wanting to be hired to write Star Wars in the first place was on September 4th and because the book then came out exactly one year later on September 4th and also because I actually apparently have the Force. *shoots lightning into the sky*

I continue to have people tell me that they really love the book and that they want action figures of Mr. Bones or want to hang out with Sinjir and it makes my heart sing because I’m hyper-geeked to have been able to ignite my own star in the sky of that universe. Good stuff.

Some more quick Aftermath-links for you:

“Coupled with Wendig’s elegant prose, and you have a journey that is both breathtaking yet restrained, throwing you headlong into a story that reaches it’s crescendo at around the half-way point and maintains this pace throughout, while subsequently making it clear that all these events are just the beginning.

The clues for what lies ahead are there for those who want to look for them (especially during the intriguing final chapter), but for others this is Star Wars fiction at a high standard done well. The Force is strong in this one indeed.”

Drew McWeeny did a cool post at HitFix talking about the 11 things you might learn in Aftermath that links you up to the world of The Force Awakens.

The Mary Sue did a post about the, erm, fan outrage.

Ben Kuchera wrote a neat thing at Polygon about how his favorite thing about the books are the self-loathing totalitarians — an Empire in disarray and under the gun.

(Note, if for some reason all this good news chafes you because of how much rage the book stirs in you, you may want to consult Molly Templeton’s AFTERMATH NERD RAGE bingo chart for ease of emotional use.)

Also, if you want a chance to win this and other books by other awesome authors, note that Kevin Hearne is having a contest drawing for those who donate to UNHCR before 9/20 — you may, in fact, win a copy of Aftermath that he has personally annotated (!). Go check out the details.

Finally, if you’re done the book and require another sci-fi read about a scrappy band of ragtag miscreants who go up against a giant Empire (this one being the United States government) to battle a deranged self-aware NSA surveillance system then — *clears throat* — might I gently point you toward Zer0es? *prod, prod*