Mike — fine, “Michael” — is one of the good guys. You just know it when you meet him. It radiates from him in waves. Just look at this picture of him! He’s nice. He’s smart. He’s just an all around good dude. (Cue to the flash-forward scene where we discover a closet in Mike’s house that’s full of puppy skeletons.) So, when he was like, “Chuck, I’d like to –” and I was like, “SHUT UP AND KISS ME,” and he’s like “–write a guest post for terribleminds,” and I was like, “Ha ha ha, I gotcha, I was making the funny with the other thing, sure you can guest post.” So, here’s Michael. He’d like to talk to you about — *crash of thunder* — your writing process.

It occurred to me recently that I went from first draft of The Daedalus Incident, which ultimately became my debut novel, to the release of the final book in the trilogy, The Venusian Gambit, in about five-and-a-half years.

Guys, that wasn’t a humblebrag. For one, the concept behind the Daedalus trilogy was about seven years in the making prior to that first real novel draft. Prior to that, it was a d20 open-source RPG concept, a Word file full of random worldbuilding and a yellow legal pad full of mad scribblings and coffee stains.

More importantly, though, I’m kind of flabbergasted it went by so quickly already, but a lot of that has to do with my writing process. See, prior to this whole “Hey, I should totally write a novel” thing, glaring act of hubris that it was, I was a journalist for The Associated Press. I covered politics in Albany, N.Y., tech business out in Seattle and Wall Street in New York. So when I see writers on Twitter looking for peeps to do a 1h1k challenge, I’m all like, “Fine, but what do I do with the other 40 minutes?”

My writing process is, in a word, fast. Writing under the fire-eyed glare of underpaid, coffee-and-sweat-stained editors with angina and sleep deprivation will make you fast, man.

Like many of you folks here on Chuck’s blog, my wife Kate is also writing a novel. She’s also, I believe, a far better writer than I am. That’s not to say I suck – I smash words together with reasonable proficiency – but she really takes care with every sentence, and her prose has a sense of lyricism and crafted beauty I’ve yet to approach. I’m not sure I ever will.

On the other hand, she’s not as fast as I am. Her process doesn’t allow for fast. And you know what? That fine. Because her process is working for her.

My process involves taking 2-3 weeks to write an extensive, Excel-based outline, followed by a race to the finish to write the first draft in 3-4 months. (I have a day job and a family, so I do chunk it out over time.) Then I revise…and revise…and revise some more, followed by another revision. But all in a start-to-finish kind of way, and all fueled by the training I got as an AP reporter.

Kate is different. She doesn’t outline, and she tends to circle back and revise one section before hitting the next. And then if she makes a left turn on something, so to speak, she’ll loop back and revise more. If my process is a series of 50-yard dashes, hers is a stroll that tends to take the shape of that loopy white line of icing on top of a Hostess cupcake.

But she’s gonna get to the end of that cupcake with a kick-ass novel, and probably one that will really be something special. It’s going to be a beautiful work.

Now, there are definitely times when she and other writers look at my output and wonder what they’re doing wrong. And when they say that, I point them out to my host here on Terribleminds.com. While you’ve been reading this post, Chuck pounded out another novel and stuffed it in the guts of a dead tauntaun to keep it warm.

But they’re not doing anything wrong. And neither are you.

If I compared my output to that of, say, Chuck or Seanan McGuire, I’d get depressed quick. Comparing output and success? That way lies madness. Write to get the story out and get people to read it. Don’t write to try to keep pace with anybody. It’s not a race.

If you have a writing process that works for you – and by works, I mean that it helps you produce the level of fictiony goodness you’d be proud to have others read – then who cares how long it takes? Who cares when you revise, or how often, or where in the squiggly path between beginning and end it occurs? Outline or no, synopsis or no, doesn’t matter.

If you’re putting ass-in-chair and writing regularly, and you like what you’re getting out of it and getting a sense of progress with it, keep going. You’re not racing me or Chuck or anyone else. Just respect your process and make the most of the chances you have to make your story rock.

Of course, if all goes well, then you’re going to have to adapt your process somewhat, because someone will want to publish your novel and then you’ll have to start hitting deadlines and such. But you know what? I wish that problem on every aspiring writer out there. It’s a good one to have.

Michael J. Martinez is the author of The Venusian Gambit, the newly-released final book in Daedalus trilogy from Night Shade Books. He’ll also have a short story in the Cthulhu Fhtagn! anthology out later this summer from Word Horde. When not writing, he brews his own beer, travels a fair bit and engages in suburban-dad things like lawn mowing. He can be found online at http://www.michaeljmartinez.net and on Twitter at @mikemartinez72. 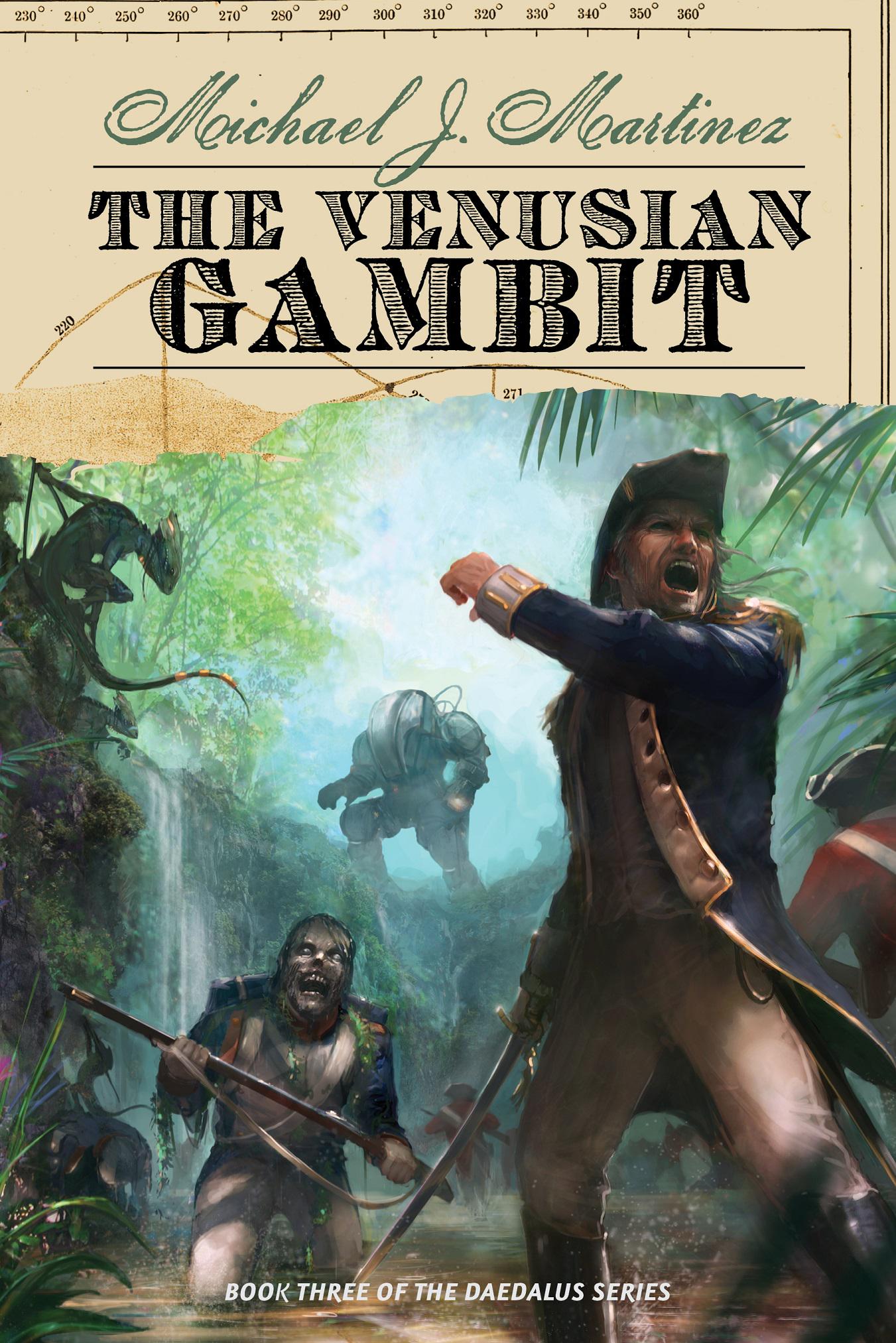