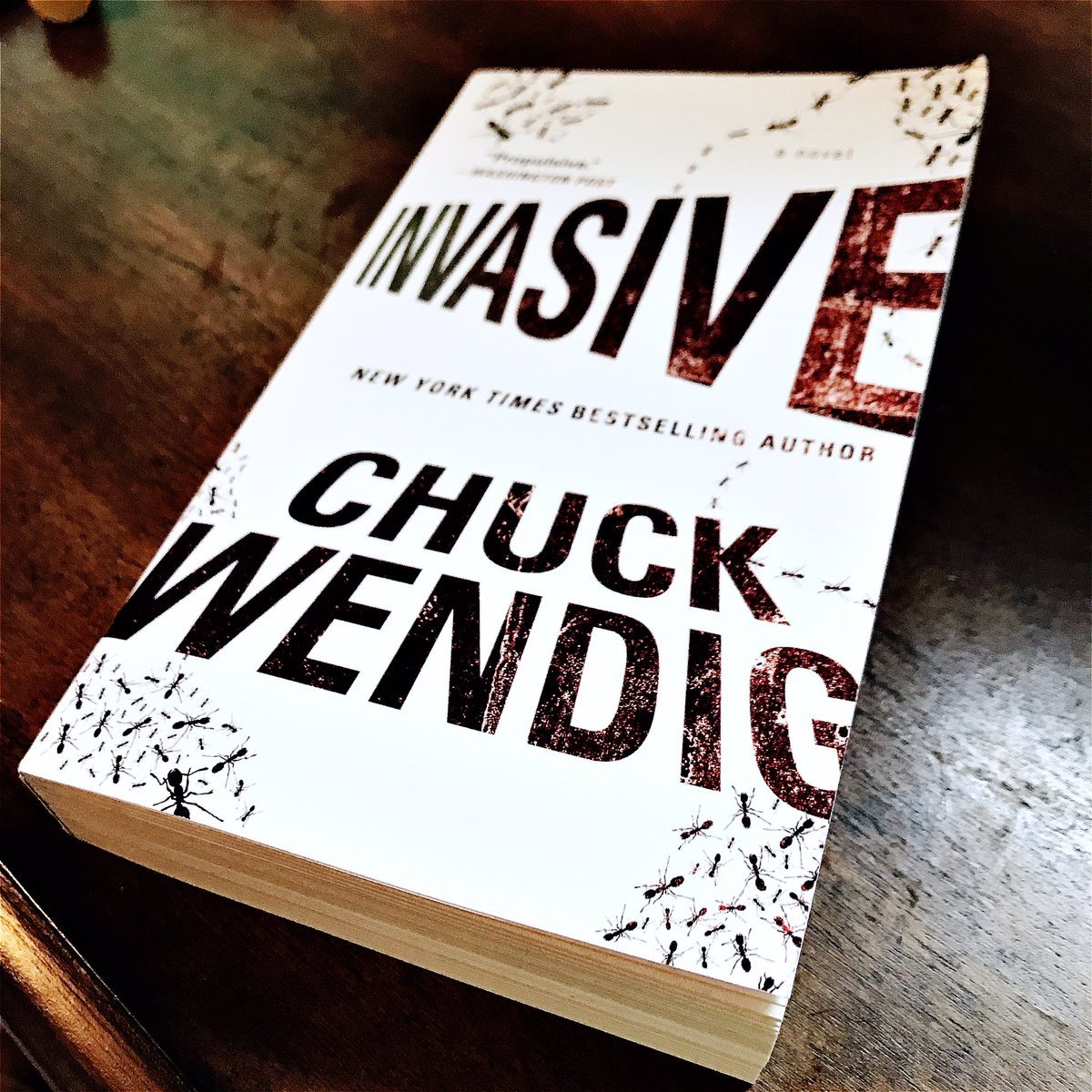 Hey, check it out — at Amazon, Invasive is $1.99 for today, CYBORG MONDAY. Offer open to non-cyborgs, as well, apparently? Whatever. More to the point, if you dug Wanderers, particularly the near-future sci-fi-horror aspect of it? Then Invasive is a good next read for you. It’s got ants! And fungus! And anxiety! And it’s also a very cheap vacation to Hawaii.

If you want signed, personalized copies this holiday season, Doylestown Bookshop is your jam. Actually, you can likely get most of my books from there signed and personalized, if you so choose. Give ’em a call — they will ship right to you.

Let’s see, what else. Wanderers has hit a couple more end-of-year-lists, much to my great delight: Bookpage and Guardian both listed it as top SFF picks from 2019. That’s in addition to Publisher’s Weekly, Kirkus, Library Journal, and also the top books of 2019 at Washington Post. So, I’m… pretty excited that this book has connected so well with readers and critics alike.

“I’ve always liked big long books about the apocalypse. I read Stephen King’s The Stand as a teenager, and loved it, as millions of other read­ers did; it’s still the gold standard of the form, and Chuck Wendig name-checks King’s classic here. Like The Stand, and McCammon’s Swan Song, and Cronin’s The Passage, and Niven & Pournelle’s Lucifer’s Hammer (which is also obliquely referenced, I suspect, as Wanderers has a portentous comet in its opening pages), this isn’t just a post-apocalyptic story: it’s a pre-, peri-, and post-apocalyptic novel, viewed through the eyes of multiple viewpoint characters who have lots of room to strive and suffer across a gener­ous and sprawling page count. The Wanderers holds up just fine in their company.”

And Vultures got a Locus review, as well:

“What’s so great about this series are the characters that Wendig writes. Miriam isn’t the only one who leaps off of the page. Her girlfriend Gabby and neighbor Steve also pop, as does Wendig’s knack for energetic dialog and crackling prose. Vultures is a fun and un­expectedly moving way to close out this part of Miriam’s life.”

So, everything is coming up Wendig.

Thanks for checking out the books — if you read ’em and dug ’em, please be so kind as to leave a review at your favorite review receptacle. If you didn’t like my books, please go shout your angry reviews at a yak. Any yak will do.

Finally, if you wanna know where I’m going to be —

On 12/12, I’ll be at the Strand in NYC talking to Erin Morgenstern about her newest, STARLESS SEA. Also, gin, foxes, Game of Thrones, and more.

I’ll also be at the Tucson Book Festival in March, and Pike’s Peak Writers in April!

Finally, since it is Macro Monday and this is the first official macro photo I’ve taken at our new digs — that’s a good bit to end on, so here ’tis.