The Only Fox News You Need

So, for those who have been following along on Twitter, you already know that we have a lovely fox family living right behind my writer’s shed. (Okay, they’re about 15-20 feet away, caddy-corner.) Now, I’ve been seeing one fox, the ladyfox (or “vixen”) for the last couple years. (This is her, in one of my most favoritest shots I’ve taken of any subject.) But this year, there are kits. 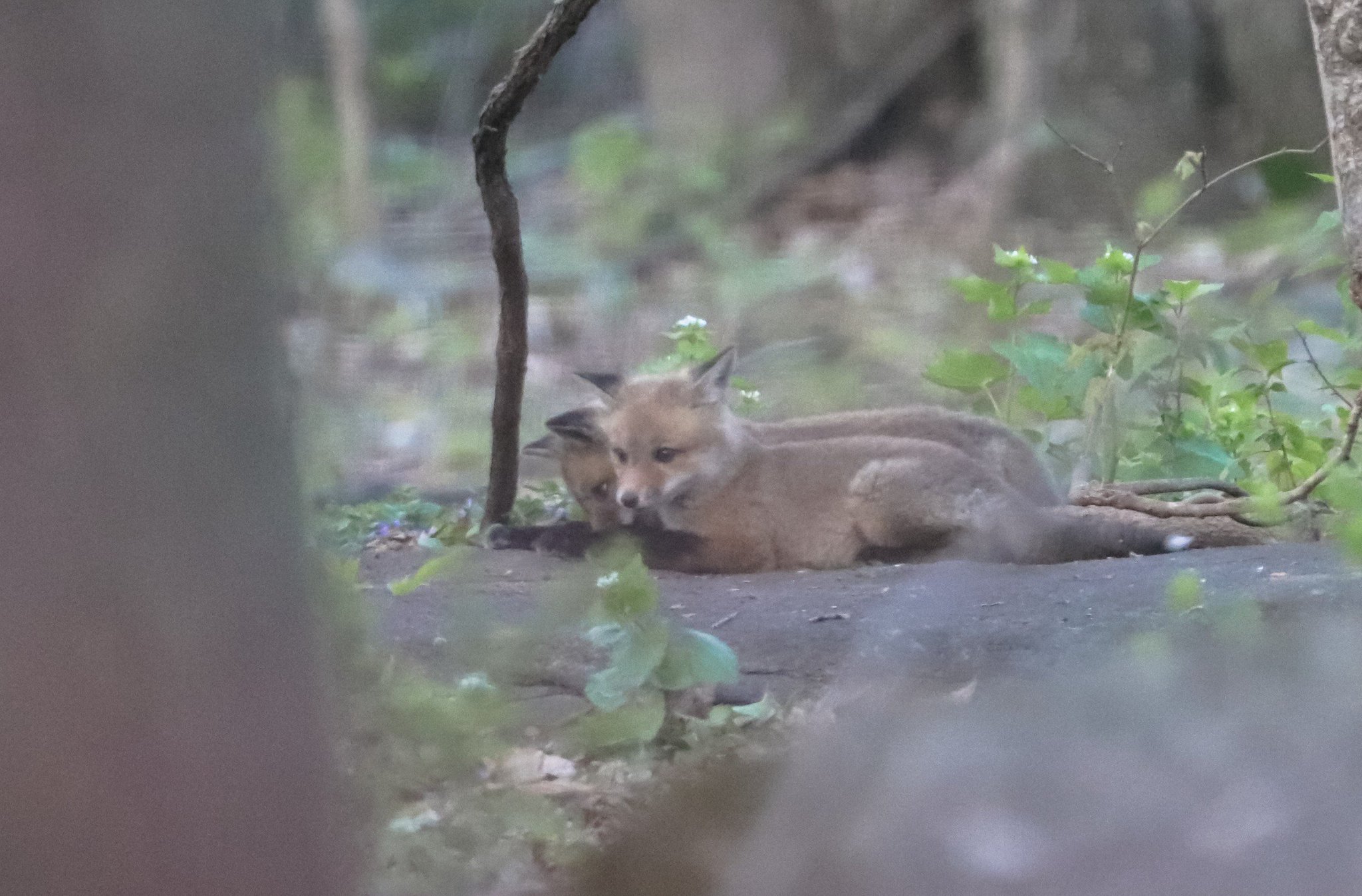 They bound and they play, these kits. They boop their parents on the nose. They wrestle with the dad. And yes, both of the parents are here and watch over the kits:

So, you can check the Twitter feed above for the running commentary, and you can also bop over to the Flickr album, where I’m slowly growing more of the fancier pics of the foxes as they roll in. We see them pretty much every day — usually in the morning, though yesterday they were out all day — and so hopefully that will remain the case and they won’t flee for a different den, as sometimes they do. (We just had to call the police on our neighbor, whose Rottweilers run loose, and sometimes onto our property. One was nosing near the fox den. Hopefully I nipped that in the bud, but we’ll see.)

Why yes, I will devalue your book with my signature. So! Presently you have two options for getting signed copies of Wanderers — the first is a bookstore local to me, Let’s Play Books, who will ship the book to you for free. Click this link to order a signed copy. Or, for a West Coast origin point, Shawn Speakman has signed copies you can order from The Signed Page (though those won’t be available the week of launch, be advised). I’ll also have some other signed opportunities coming up (I just signed a whole bunch of tip-in sheets for this reason), and we are more or less finished with the bookstore tour schedule. Some places I might be visiting? The PNW! Texas! California! Colorado! And more. Keep your eyes on this space.

Speaking of Wanderers! Got a cool Booklist review — where they called it an “imaginative and absorbing work of speculative fiction.” So that’s nice!