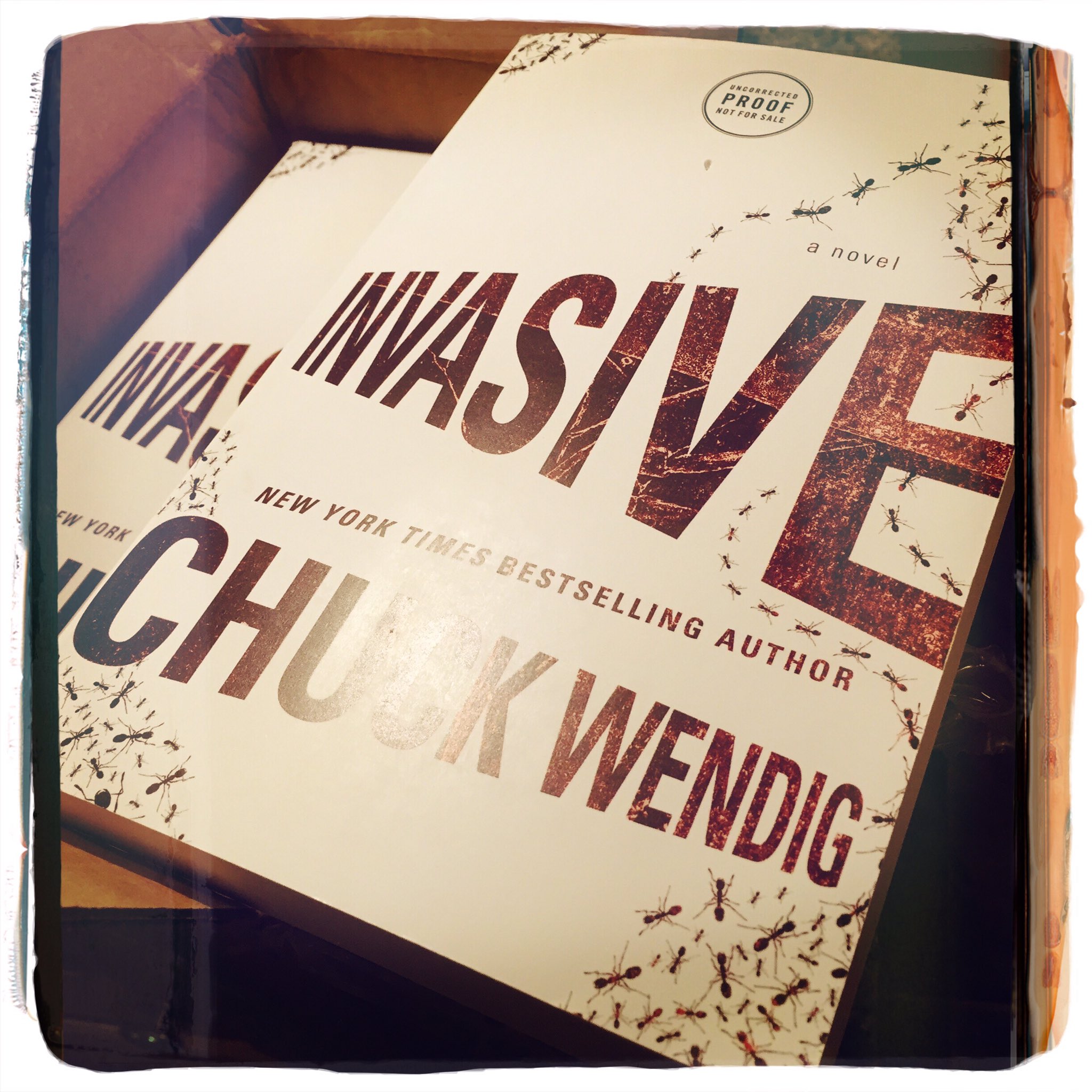 I have an announcement to make.

So, if you click that link, you’ll see a couple notable paragraphs:

CBS has put in development Unthinkable, an FBI crime drama from Jerry Bruckheimer Television and MacGyver executive producer David Slack. CBS Television Studios, where both JBTV and Slack are based, is the studio.

Written and executive produced by Slack, Unthinkable, based on Chuck Wendig’s 2016 novel Invasive, is about a brilliant futurist, trained to see danger around every corner, who’s recruited by an uncharacteristically optimistic FBI Agent to identify the threats only she can see coming – and stop them before it’s too late.

So, that’s the news.

It is very exciting news.

Technically, Invasive was optioned over a year ago. But, it wasn’t announced, so I sat on it, as is the way. (I may or may not be sitting on some news regarding another series, too.) And nothing was really happening, far as I knew —

Until David Slack and Bruckheimer TV got involved.

Then it got more serious.

Slack sent me the pitch for Unthinkable — which builds off of Hannah as a character, as the basis for the whole series — and it was a fucking grand slam, The Natural-style rain of glass and electricity. It’s the kind of pitch where I read it and was like, “Okay, this goes above and beyond the book, and if this doesn’t become a TV show that I can watch, I will kick over my TV in rage.” It’s that good. (Slack knows his way around a pitch. I’ve read pitches, and I’ve read pitches, and this was weaponized art. Before I day I aspire to be half that good.) Anyway! Point is, it’s jumped some hurdles, but while this is all very excited, I will caution you (and more me!) that this doesn’t mean it’s getting made into a show — just that it’s progressing forward, that it has amazing people behind it, and that there’s at least a shot. But it remains an option, so the wind blows the way the wind blows.

Still, we can all cross our fingers and toes.

If you haven’t read the book, nab it where books are sold.

Oh, and since someone might ask — will there be more Hannah Stander on bookshelves? Answer unclear, ask again later. We did not work out a deal with Harper for more books, but if a TV show really does come out of this (and it probably won’t!), then I’d not say no to writing more of her adventures, but who knows?